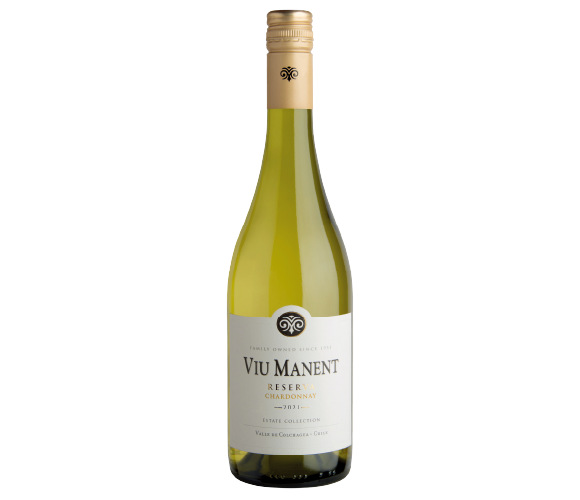 This bright yellow-colored wine has a very fresh and fruity nose, with standout green apple, peach, and melon aromas coupled with touches of white flowers. The palate is fresh, balanced and enveloping, leading to a lingering, slightly mineral finish.

Viu Manent is a Chilean winery founded in 1935 and owned by the Viu family. The 230 hectares of the estate are located in the Colchagua Valley, 180 kilometers South of Santiago.

They were a pioneer in producing the first Chilean Malbec wines. Today the winery has earned great prestige worldwide for its Malbec, which was highly praised in the International Malbec Competition held in France in 2010, where it won 4 gold medals and the “Best Wine of the Southern Hemisphere” award for its Viu Manent Single Vineyard Malbec. The estate has also been awarded among the Top 50 World’s Best Vineyards for 3 consecutive years.